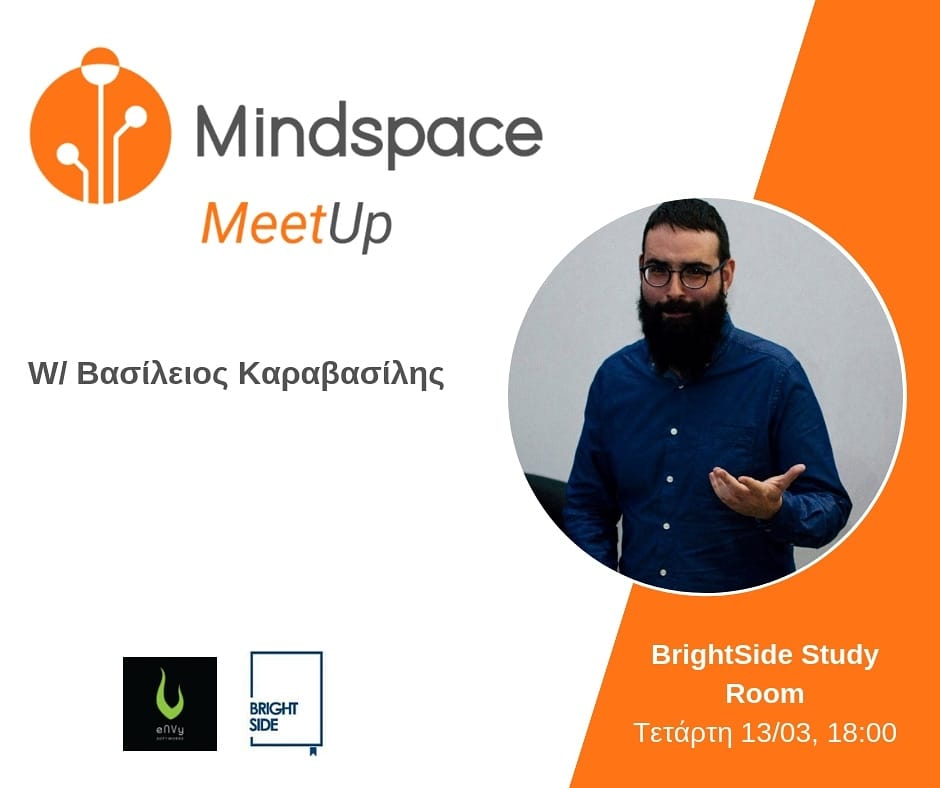 After the first successful Mindspace MeetUp held in Patras with great appeal to the student audience, there is a new MeetUp with a different character. The main speaker will be Vasilios Karavasilis, Managing Director of eNVy softworks.

The central theme of the 2nd MeetUp is the transition from a friendship to a fruitful collaboration and the proper management of a startup.

ENVy softworks is a company specializing in the design and development of interactive multimedia in the areas of entertainment, education and culture.
It is made up of four other members, Dimitra Manolis, Koukoudi Konstantinos, Crevata Annia and Mourela Konstantinos and was founded in 2013 when they realized they had a common interest, the electronic games they had come into contact with from a very young age. In 2016 they took part in the Minspace Challenge, in which they won not only the trip to America but also the final prize of the competition, the amount of 8,000 euros. Since then, they have participated in 15 exhibitions in Greece and abroad, have worked in over 40 projects and have clients in Europe and America. They formally collaborate with major companies such as Microsoft, Sony, Nintendo, Valve and Oculus

This site uses Akismet to reduce spam. Learn how your comment data is processed.